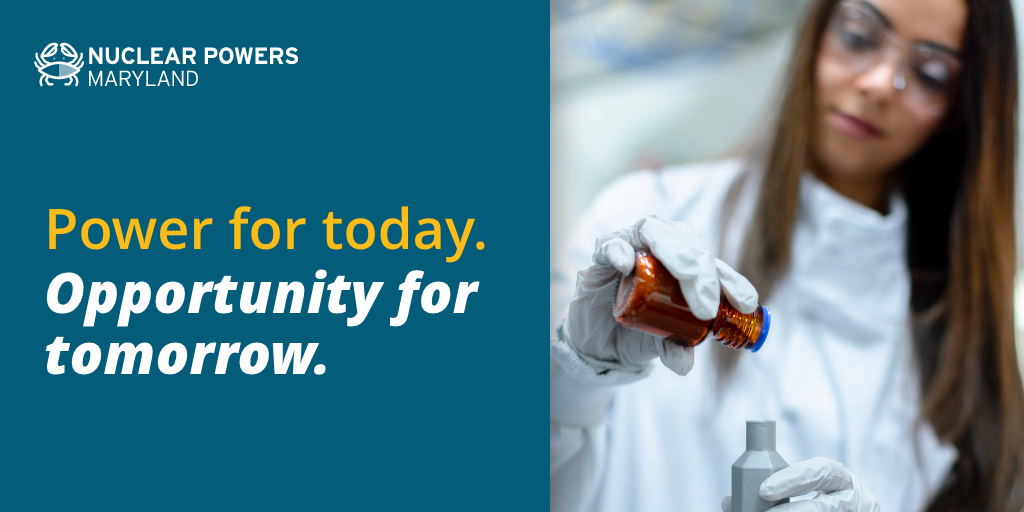 New technologies are using less to do more than ever. Small modular reactors that fit on the back of a semi-truck could soon power entire communities. Spent fuel is being recycled to create even more electricity.

The developments are astounding!

Here are a few of the ways companies headquartered in our own backyard are making it happen:

Centrus Energy just got approval to start producing a special type of nuclear fuel called HALEU that can generate more power with less waste and enable reactors to operate for a longer period of time between refueling outages. This fuel is unique because it can be used to power traditional and advanced reactors.

X-Energy was one of only two companies in the nation selected to participate in the Department of Energy’s Advanced Reactor Demonstration Program, and one of three companies chosen to create a nuclear thermal space propulsion concept for NASA.

Orano was recently awarded a series of contracts for the front end of the nuclear fuel cycle, leading the charge to strengthen the nuclear supply chain around the globe.

One thing is for certain – there has never been a more exciting time for nuclear power...especially here in Maryland!